Rebuking the Spirit of Rejection 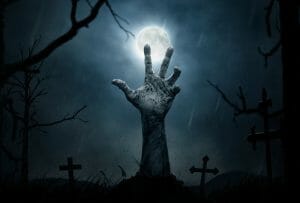 I shook my head recently as I recalled how the first woman Eve believed the serpent’s lie in the Garden of Eden (see Genesis 3:1-13).

Eve made a grave mistake – her decision was the catalyst that brought death into her world. How many of God’s people are doing the same thing unwittingly?

Here is a story that illustrates what Eve did in modern terms. Imagine this:

You and a loved one decide to visit Niagara Falls. The beauty of this natural wonder enraptures you. The water thundering over the rocks and the mist rising majestically from the falls take your breath away.

In this romantic setting, your loved one places his arm around you. He says: 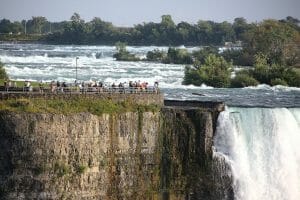 Honey, see this hand rail here? It’s supposed to protect people from falling in, but it is loose. Please don’t lean on it! If you do, that rail is not strong enough to hold and it’s going to give way. I don’t want you to die or anyone else, so I’m going to go tell somebody about this.”

Your loved one leaves to notify a park ranger about the hazard.

Just a moment later, a stranger slides up to you. The stranger leans into you and whispers:

You start thinking about the stranger’s words. You really would like to see that view he is talking about. You imagine your heart pounding as you lean on the rail and get that thrill-seeker’s rush. You’ll be able to tell your loved one what you saw and tell him how great the experience was.

You lean on the rail. While you experience a little buzz from doing something naughty, it wasn’t nearly the thrill you expected. But the stranger seemed to have told you the truth.

The rail didn’t break. You didn’t fall and die.

Your loved one comes back. You tell him what you did. You inform him that the rail did not break.

You then convince him to lean on the rail with you.

Uh-oh! The rail breaks. You both fall and die.

Let’s back up in this story to the beginning of the story. Why would you listen to a stranger’s voice above listening to the voice of someone who loved you and wanted to protect you?

In our story, it turns out that the stranger had a death fetish. He just loved watching people die. He got His adrenaline rush from seeing the rail break and you and your loved one tumble to your deaths!

Do you think if you had known the stranger’s character beforehand, you would have listened to his voice?

Consider this: Scripture tells us all about the enemy of Christ:

With these truths in mind, don’t you think it is important to pay attention to whose voice you are listening to regarding your health and weight loss goals?

As Christians, we’ve already avoided grave mistake #1 – we accepted Jesus as our Savior! But are you making the other two?

I shared what I learned about “The 5 Core Habits of Weight Loss Success” because I wanted to expose how the enemy deceived me into making a grave mistake with emotional eating.

Now I see one lure the enemy used to capture me. I think he uses this idea on Believers more than any other:

“You can get away with it”

This deceptive thrill is described in the foolish woman’s words in Proverbs 9:17

“Stolen water is sweet,
And bread eaten in secret is pleasant.”

That subtle pitch is the one the enemy has been using on people since the beginning! He lures them into thinking they will get away with disobedience to God’s word.

Perhaps they do get away with it for a season. But there is always a day of reckoning, as described in Proverbs 9:17:

But he does not know that the dead are there,
That her guests are in the depths of hell.”

A price is always paid for disobedience. The wages of sin is death. The death may not happen immediately but it is always going to come – like night follows day.

So don’t make the grave mistake Eve made – trading a temporary thrill for a permanent consequence.

Your life is worth more than that.

Be blessed in health, healing and wholeness,

Creator of the Take Back Your Temple program

P.S. Have you ever fallen into the trap of thinking that your past equals your future? Nothing could be further from the truth.

Click Watch Video on this page to learn why you can succeed in your weight loss goals – starting today.